The term “doge” actually dates back to 2005, from a popular web cartoon called Homestar Runner. It was there, in the episode Biz Cas Fri 1, where the term was first coined, by the main character Homestar Runner to another character named Strong Bad. Strong Bad was trying to get some spreadsheets done, when in came Homestar Runner with “What is up my dog?”. Strong Bad replied “I’m not your dog”. Homestar Runner answered: “Rondleman, you crack me up.{zooming in on each word} Crack! Me! Up! {cut back to full view} That’s why you’re my D-O-G-E!”. The term didn’t get assigned to an actual doggo, until five years later.

Enter the doggo that would become known as Doge : a Shiba Inu named Kabosu. Kabosu was adopted by Japanese kindergarten teacher Atsuko Sato. On February 23, 2010, she posted several photos of the rescue Kabosu to her personal blog. Included in that set of photos is one of the most famous ones: Kabosu sitting on a couch, staring sideways at the camera, with raised eyebrows.

However, Kabosu wouldn’t become a meme until October 23 of that year, on a Reddit thread titled “LMBO LOOK @ THIS FUKKIN DOGE,”, which received 248 net upvotes. From there, the term “doge” spread. In April 2012, an audio narration of a fake Pokemon battle with a doge was created, by Tumblr user leonsumbitches. The options were to “pet the doge, snuggle the doge, or feed the doge. You chose ‘pet the doge’. The doge was pleased!” The image was paired with a pic of a woman petting a doge, which has gained 33k notes as of July 2013. The original author has since wiped all content, but the post was reblogged by the Tumblr page Your Daily Doge, who got 71.9k notes for it.

In December of that year, Sato’s Kabosu and another shibe named Suki (another internet meme doggo) got an article about them by the Verge. Kabosu would then become viral, and end up even getting a currency named after them (Dogecoin). More info about Doge can be had here.

Around the same time, another internet legend would come to be: Gabe the Dog.

Gabe the Dog, a miniature American Eskimo/Pomeranian mix owned by YouTube user deathtrips, would come to take the internet by storm.

YouTube user deathtrips (known as gravycp at the time) introduced Gabe the Dog to the internet world, via YouTube, in January 8th, 2013. The video, titled “New Dog Source”, was of him barking. New Dog source would get 60k views over the next three years. In November 2014, deathtrips posted another video called “Newest Dog Source”. It is from the borks in these two videos, predominantly, that countless Gabe-the-Dog-based remixes to popular songs/tunes, called Bork Mixes, would end up being made.

One of the most popular Bork Mixes, got 400k views since its upload in January 27, 2013. It was a remix to the song “The Midnight Tango”. A couple weeks later, YouTube user Lewdachris uploaded a Bork Mix of “Time to Dance”, called timetodog, which has been viewed 350k times and liked 5k times since then. In October 2015, a Bork Mix of M83’s “Midnight City” was posted, which got 284k views.

There’s now so many Bork Mixes out there, that you could probably fill a library with them all! There have, for example, been Bork Mixes of Star Wars, Indiana Jones, Grand Theft Auto, and Never Gonna Give You Up.

Unfortunately, Gabe the Dog passed away on January 20, 2017, due to heart complications from old age. But his borks shall live on! (Bork Mixes have continued to be made even after that fateful day, including one released by deathtrips himself.) 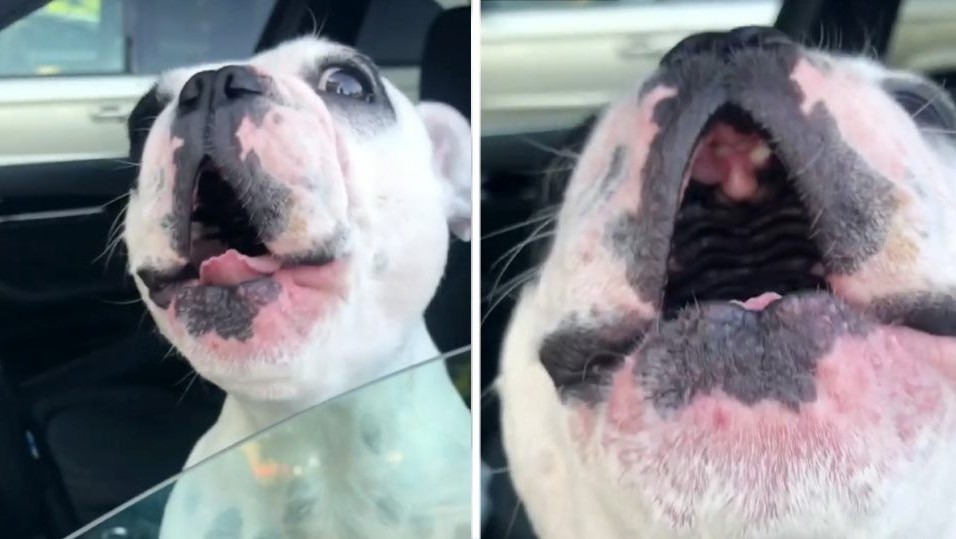 Walter Geoffrey is, relatively speaking, a newcomer. Walter’s YouTube channel debuted back in 2017. Walter is a French Bulldog who is internet famous for his vocals when he howls. Seriously, he sounds like a singer when he howls! Here’s him howling about wanting to go to the park even though it’s raining and he hates the rain! He’s most commonly known for howling dramatically about stuff to his hooman, who makes up some comical narrative for it. One of the most famous examples of this: https://www.youtube.com/watch?v=XhlX5fkMh_U . He lives with his hooman, and two Sharpei doggos, in Austin, Texas. His hooman, by the way, has some really great merch! 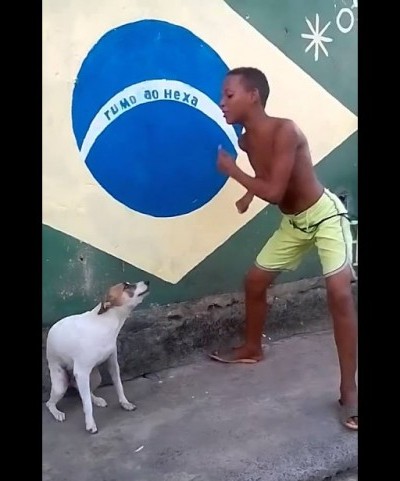 This one is a one-hit wonder. It is a doggo in Brazil, possibly a stray, dancing alongside a Brazilian boy, in front of a wall with the Brazilian flag painted on it. There have been many edits to this viral video, changing the song the doggo is dancing to. The original version, uploaded February 5, 2016, got half a million views. That same day, a GIF of it was uploaded to /r/AnimalsBeingBros on Reddit.

Your best friend, and potentially the next Internet sensation!

Doggos have become a subculture on the internet, and there are some quite famous ones. There were many doggos that could easily be on here, including Advice Dog, Lawyer Dog, and “I have no idea what I’m doing” Dog, but aren’t simply because I’m trying to keep this within 1k words. They truly are hooman’s (and internet’s) best friend.