Like humans, dogs can suffer from panic attacks. That being said, they don’t necessarily get afraid or panic over the same things humans do. There are also some telltale things to look for to stop an anxiety attack about to happen. Let’s talk about these signs of panic attacks in dogs waiting to happen, and how to address them. 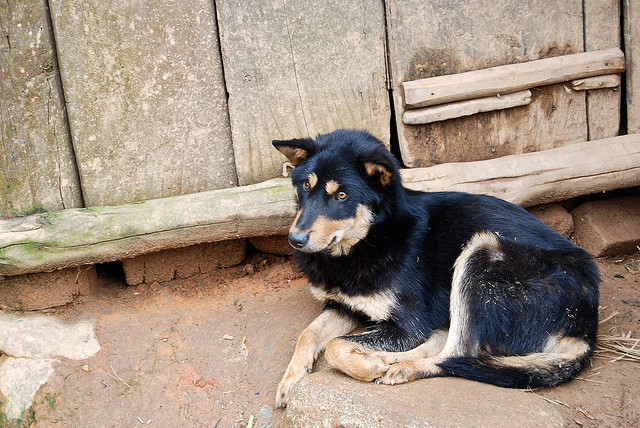 German shep does a heckin concern

Causes of Anxiety Attacks in Dogs

There are a plethora of things that can cause anxiety attacks in dogs. Here are some of the most common types of anxiety in dogs :

Separation anxiety happens because, to your doggo, you are pretty much the biggest part of their lives. When you leave for that full time job, or for school, the doggo has to somehow deal with that the most important person in their lives has went away, albeit temporarily. If you have a non-uniform schedule, that will complicate things. This happens in roughly one-seventh of doggos.

Travel anxiety can commonly happen in rescue dogs whose past owners have driven them to some obscure place to be dumped and abandoned. The mere act of driving them in a car could be bringing back those dreadful memories, and sending them crazy.

Socialization anxiety happens, typically, when a doggo hasn’t been properly socialized, or had traumatic experiences with the attempts. For example, other people or other doggos might have abused the poor pupper early on its life when it was brought over for a visit.

There are many more triggers, such as triggers to past events, or fears developed when the doggo was very young (probably still a pupper), but those are specific to the doggo experiencing them.

When a doggo gets anxiety over something, there’s quite a bit of telltale signs:

Destructive behavior usually gets triggered by separation anxiety. This takes the form of the dog chewing on furniture, chewing up shoes, knocking things over, etc. The list goes on. It’s probably happened to you at least a couple times. Expect to see this near doors and windows, anywhere a doggo can try to enter or exit.

Another sign of separation anxiety is peeing and pooping in the house, especially if the doggo is housebroken. This can cause destruction to the house, can be frustrating to clean up, and can obviously make the place unsanitary. This is a side effect of the anxiety itself.

The most dangerous symptom of anxiety is aggression. This looks like one of many things, including staring straight at the source of the anxiety, with head dropped, which is done right before they bite another doggo or person. This often happens in response to socialization anxiety. They can also show their anxiety towards having to socialize with people/other dogs by excessive barking. Sadly, I face this sometimes when petting random doggos I see on the trail/events/wherever.

How to Treat My Dog’s Anxiety

Before starting any treatment program or steps, including what you’re about to read here, or any program to treat any kind of health problem with your fur baby in general, you should discuss with your veterinarian. They will be able to give you the complete picture on anything, including anxiety. In the case of the anxiety, they will be able to tell you if it is situational, and prescribe an effective plan for treating it. That would include prevention strategies and even medications. 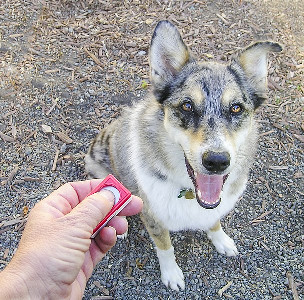 A fundamental tenet of developing good habits, and unlearning bad ones, in any animal (humans, dogs, …) is training. In the case of unlearning negative responses to stuff, including the anxiety-inducing events such as you leaving for 9 hours to go to work/school, there is special type of training called counterconditioning. What this will look like, is you training your dog to do something completely different from the anxiety behaviors, such as sitting still and looking at you.

There is another common strategy for facing any type of fear/anxiety, common to humans and doggos, called desensitation. In other words, your doggo will be made to face their fear, in a sense. You expose your doggo to a weak form of the stimuli that cause the doggo anxiety, slowly, and repeatedly, rewarding them for doing a good job in the process. Rinse, lather, and repeat, including giving them treats for being a good boye or gorl (some good treat ideas can be found here).

Anxiety in dogs is pretty much analogous to anxiety in humans. It is even treated in pretty much the same ways. There’s even medications for it, and other remedies like CBD oil (we’ll discuss those in another article). Knowing this, your doggo need not fear much more.

Has your doggo ever experienced anxiety attacks? If so, how did you help them treat those? Let’s meet in the comments about this.